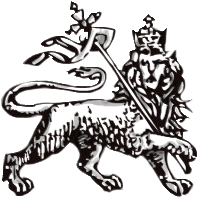 About
IRIE TIME (prounouced "eye-ree") is a group of culturally-diverse musicians based in Houston, Texas, performing a cross-genre mix of Caribbean jazz, reggae and soca music.  Tracks from the band's Island Romance CD were recorded in Kingston, Jamaica and were produced by the legendary Earl 'Chinna' Smith of Ziggy Marley and the Melody Makers and the Wailers band. 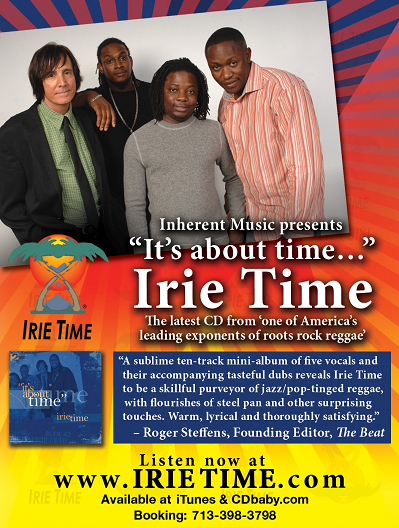 Reviews
'A blend of reggae, soca and dub grooves that is just about as refreshing as a bottle of Ting grapefruit soda on a sweltering Trenchtown summer day.' -- The Houston Press
'A sublime ten track mini-album of five vocals and their accompanying tasteful dubs reveals IRIE TIME to be a skillful purveyor of jazz/pop-tinged reggae, with flourishes of steel pan and other surprising touches. Warm, lyrical and thoroughly satisfying.'
— Roger Steffens, Founding Editor, The BEAT
'Irie Time is generous with the creativity. Categorically, this one would fall safely into the dub category. But if you listen closely, you can hear a lot of things going on here. Tinges of guitar psychedelia, blues, jazz, funk, retro rock, calypso - versatility is the word of the day for Irie Time... The increasing longevity of this independent act speaks well for its acceptance in the music community.' -- Kristofer Upjohn, DJFix.com
'One reggae term that was used a lot in the '70s and '80s but isn't heard as much in the 21st century is "lovers rock", which describes reggae recordings that have a romantic focus instead of focusing on sociopolitical matters, the Rastafarian faith, or ganja...While the term lovers rock has a '70s/'80s connotation, the basic idea remains many years later — and that idea is alive and well on < It's About Time >.

This 2006 release recalls a pre-dancehall era in reggae but does so without a heavy sociopolitical focus; the lyrics are romantic in their outlook, bringing to mind the types of songs that Steel Pulse and Third World provided when they weren't addressing social and political concerns. Of course, Steel Pulse and Third World were known for a crossover sound; they were not reggae purists, and neither are the members of Irie Time.

...Saying that Irie Time recall a time before dancehall's popularity exploded is not to say that they are unaffected by dancehall's predecessor dubwise; in fact, every one of the songs on this album is heard in a both a full vocal version and a dub version.

Again, < It's About Time > was not recorded with reggae purists in mind, but those who fancy a crossover approach to pre-dancehall reggae will find a lot to like about this 47-minute disc. -- Alex Henderson, ALL MUSIC GUIDE'

Under the radar yet on their 6th album, this crew from Houston makes such authentic dub you would think they were from the island. A tasty roots/reggae outing that finds them right in the proper party groove dishing up the proper vibe throughout. Driven by passion and a belief that music is the international language, this set simply cooks and is a must for all genre fans that want it hot, fast and right now. -- MIDWEST RECORD
More? Come see us live or say hello -
Contact
Join the mailing list

For industry-related inquiries, get in touch with us:

Say "I'-ree"!
'IRIE' is a Jamaican patois word that means "feeling great".
nice to meet you x
thanks for listening x
I Can Make It  (horns mix) 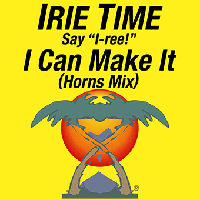 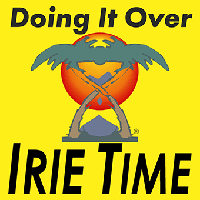 A touch of satire and humor with
Irie Time's 2020 single and video.
Download for Free
Unknowable

"The singing, blended with the sound of the band, creates a standout track that’ll make any individual get up and vibe to it.  I rate the 'Unknowable' single
5 outta 5 stars!" — Trend City Radio
Purchase on Apple Music Purchase on Amazon Music
In Another Time 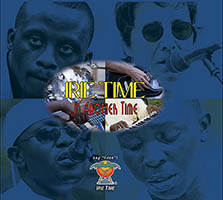 Highly-anticipated new CD featuring more new songs from the group and includes dub versions, as well as a Spanish mix, on the same disc. It is expected to draw widespread attention to the band's unique combination of Caribbean jazz, reggae, soca and dub, and herald an international touring schedule in 2021.
Purchase on Apple Music Purchase on Amazon Music
It's About Time 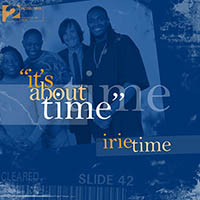 “A sublime ten track mini-album of five vocals and their accompanying tasteful dubs reveals IRIE TIME to be a skillful purveyor of jazz/pop-tinged reggae, with flourishes of steel pan and other surprising touches. Warm, lyrical and thoroughly satisfying.”
— Roger Steffens, Founding Editor, The BEAT
Purchase on Apple Music Purchase on Amazon Music
Live Up! 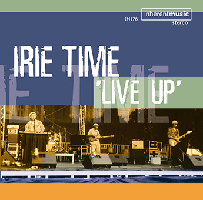 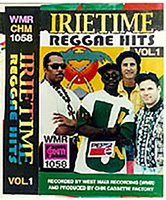 New Guinea release featuring a selection of the band's original songs from prior releases.
Island Romance 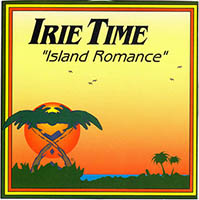 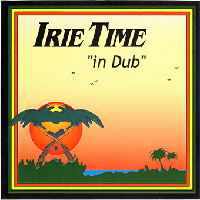 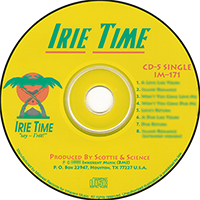